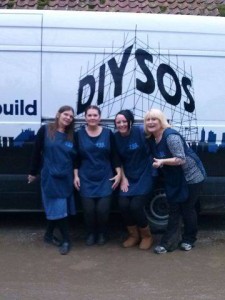 FCC is officially 2 years old and in this time we have gone from strength to strength.

At the end of 2014 we were very honoured to be able to take part in helping with the BBC DIY SOS Big Build project in Rise for the Liversidge family. My employees and I were so happy to be involved and everyone who took part in this project did an amazing job. The end result was just amazing and to see the massive impact this had on the Liversidge family and their future was very heart warming.

2015 and been the busiest and best so far with us more than doubling our turnover this year alone. Our workforce has also doubled and our staff recently gained their NVQ level 2. This increase has lead to us investing in a new van to add to our growing fleet. We have also been involved with several builders cleans, site cleans, factory cleans, student accommodation cleaning and gained numerous new contracts. We are also proud to be involved and working with “The Greenport Hull”.

We are constantly developing and improving our social media, website, advertising and our affiliations with various organizations which are all beneficial to our on-going network campaigns.

We consider ourselves to be very fortunate that we have such fantastic employees who take pride in their work and for this reason we also have very strong relationships with our clients. This is what continues to make FCC successful.

As this year is coming to an end, we can only hope that next year proves to be as productive for us as this year has and that we continue to flourish.

Since we set up FCC in 2013, it has gone from strength to strength and we are gaining a fantastic reputation in our own right. This has been down to shear hard work and the determination to succeed. I was once told that “I was a liability in front of potential clients and I was not good at my job”. This only made me more determined for FCC to be successful. For those people who doubted my ability I would like to thank you for pushing me into doing something I should have done years ago!

I had worked in the industry for nearly 8 years and I had an Accounts, Payroll, HR and Management background….it really was a no brainer. After a lot of planning and organizing FCC was set up and instantly we gained clients and continued to do so though the rest of the year.

We saw a very busy start to the year with the commencement of new contracts and new members of staff, networking events and seminars. We became members of, and are affiliated with, various organizations which are all beneficial in our ongoing networking campaign. May and June were also very busy months for us with the commencement of 3 new contracts and again new members of staff. We also designed our new brochure, which was not an easy task in itself, but the end product is exactly what we wanted. We had them printed by Ian @ Pink Custard who did a brilliant job.

We developed and improved our social media networking which is also an ongoing campaign. You can now find us on Facebook, Twitter, Linkedin (myself personally and our company page) and Google +. Due to our expansion we upgraded all of our office equipment, which went without too many problems and minimal disruption. Only a slight argument with the new router and a hiccup with the email settings!

July and August have probably been the busiest months so far this year with 1 new contract starting and the confirmation of 2 new contracts to start late August. We also re-launched our new website which I can honestly say has got to be one of the most difficult projects I have undertaken. Of course I had help….and I cannot thank Sam @ Pier Support enough. I am now a little wiser with SEO and how this works for our website. We have been very busy since our start up and we have fantastic employees who take pride in their work. This is what makes FCC successful.